Tour of 8 Self Existed Idols of Lord Ganesha

India, country of many cultures, languages, food and many more things. Still, it is united working towards its development. You might have heard of many mysterious places, today we are going to discover one of the such places. So, buckle up and let us start our tour!

The tour starts with visiting first temple at Morgaon about 70km from Pune, city in Maharashtra. Name of Ganesha is Mayureshwar which is combination of "Mayur" and "Ishwar" which means "Peacock" and "Lord". The name of village is derived from same reference that is Mor is Peacock in Marathi. There used to be lots of Peacock in ancient time.

Uniqueness of this temple is there is Nandi (Bull Mount) is sitting at the entrance of temple. Nandi can be seen only in Shiva temple.

Second destination on this tour is Siddhatek. Siddhtek is around 110km from Pune. This temple is situated on the bank of Bhima river. Trunk of idol is towards right direction which is unique among all eight idols. It is believed that right sides trunk Ganesha are very strict for devotees. Name of the Ganesha, Siddhivinayak which means Lord of Perfection.

Third destination is Pali situated near to Khopoli, a small town near to Mumbai. Name of this idol "Ballaleshwar" is derived from boy's name "Ballala" who save Ganesha. Boy was beaten by his father and village for single minded devotion to Lord Ganesha.

The temple is constructed in such a way that after the winter (dakshinayan : southward movement of the sun) solstice, the sunrays fall on the Ganesha at sunrise. The shape of the idol itself bears a striking semblance with the mountain which forms the backdrop of this temple. This is more prominently felt if one views the photograph of the mountain and then sees the idol.

Next destination on the tour is Mahad which is about 50km from Pali. Ganesha is said to reside here in the form of Varada Vinayaka, the giver of bounty and success. The idol was found in the adjoining lake in an immersed position and hence its weathered look.

Fifth destination on the tour is Theur. It is nearest destination from Pune, just 30km from city. Ganesha is believed to have got back the precious Chinatamani jewel from the greedy Guna for sage Kapila at this spot. However, after bringing back the jewel, sage Kapila put it in Vinayaka's (Ganesha's) neck. Thus the name Chintamani Vinayak.

The village of Theur sits at the confluence of three major regional rivers - Mula, Mutha & Bhima. 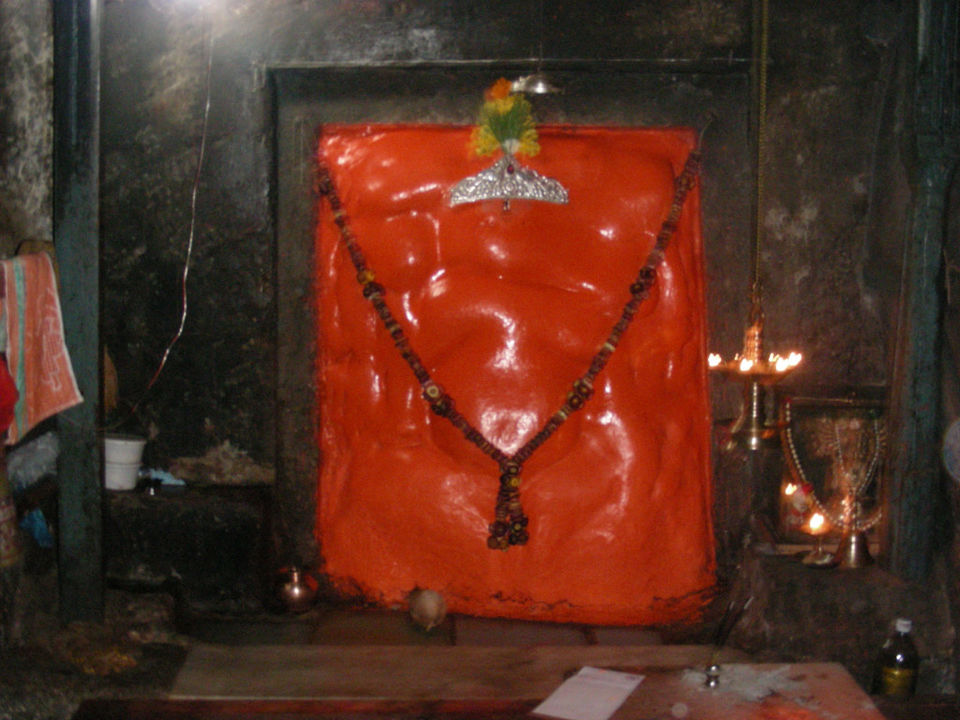 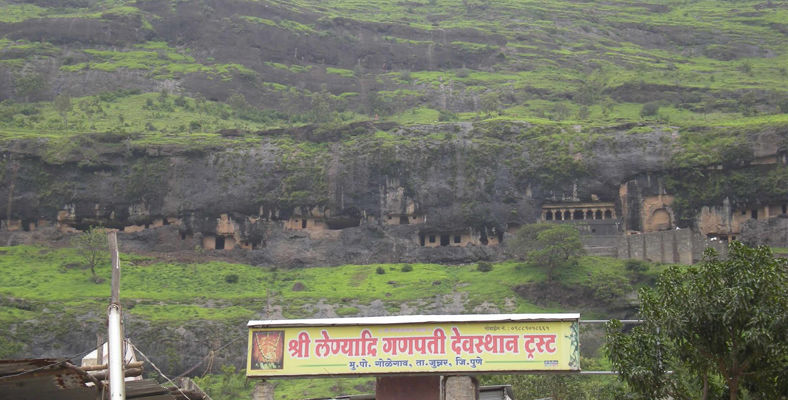 Next destination on the tour is Lenyadri. This temple is situated in Caves. It is believed that Parvati (Shiva's wife) performed penance to beget Ganesha at this point. Girija's (Parvati's) Atmaj (son) is Girijatmaj.

This temple stands amidst a cave complex of 18 caves of Buddhist origin. The temple is carved out of a single stone hill, which has 307 steps. The temple features a wide hall with no supporting pillars.

This idol seems to be little different from the rest of the Ashtavinayak idols in a sense that it appears to be not very well designed or carved like the other idols. The temple is constructed such that during the day it is always lighted up by the sun-rays.

Seventh destination in tour is Ozar about 15km from Lenyadri. Junnar is central destination for both Ozar and Lenyadri.

The history encompassing this idol states that Vighnasur, a demon was created by the King of Gods, Indra to destroy the prayer organized by King Abhinandan. However, the demon went a step further and destroyed all vedic, religious acts and to answer the people's prayers for protection, Ganesh defeated him.

The story goes on to say that on being conquered, the demon begged and pleaded with Ganesha to show a mercy. Ganesha then granted in his plea, but on the condition that demon should not go to the place where Ganesha worshipping is going on.

In return the demon asked a favour that his name should be taken before Ganesha's name, thus the name of Ganesha became Vighnahar or Vighneshwar.

Vighna in Sanskrit means a sudden interruption in the ongoing work.

Eighth place on the tour is Ranjangaon situated on Pune - Nagar highway. Shiva is believed to have worshipped Ganesha before fighting the demon Tripurasura here. The temple was built by Shiva where he worshipped Ganesha, and the town he set up was called Manipur which is now known as Ranjangaon.

This temple is contructed in such a way that sunrays directly falls on idol.

Most of the places are easily accessible by road and it is recommended way for this tour. State transport buses are available from Pune to all the places. Many tour organizers operates 2 days "Ashtavinayak Tour" on every Saturday from Mumbai and Pune.

Major Railway Station and Airport is at Pune. If you are coming from any other part of the state or country, one can reach Pune by train or flight and then hire a vehicle for this trip.

Many budget as well as good restaurants and stay options are available nearby these temples. If you are traveling by personal vehicle, you can stop at any restaurant along the highway. The temples offers stay for devotees in budget which is managed by trust of the temple. So, if you are traveling on budget, you can opt for this option as well.

Ganesh Chaturthi is the Hindu festival that reveres god Ganesha. A ten-day festival, it starts on the fourth day of Hindu calendar month Bhadrapada, which typically falls in Gregorian months of August or September.

The festival is marked with installation of Ganesha clay idols privately in homes, or publicly on elaborate pandals. This festival is celebrated all over India for ten days. If you want experience this festival, you must visit Mumbai or Pune during those 10 days.

Do not litter, explore the wonders and enjoy! 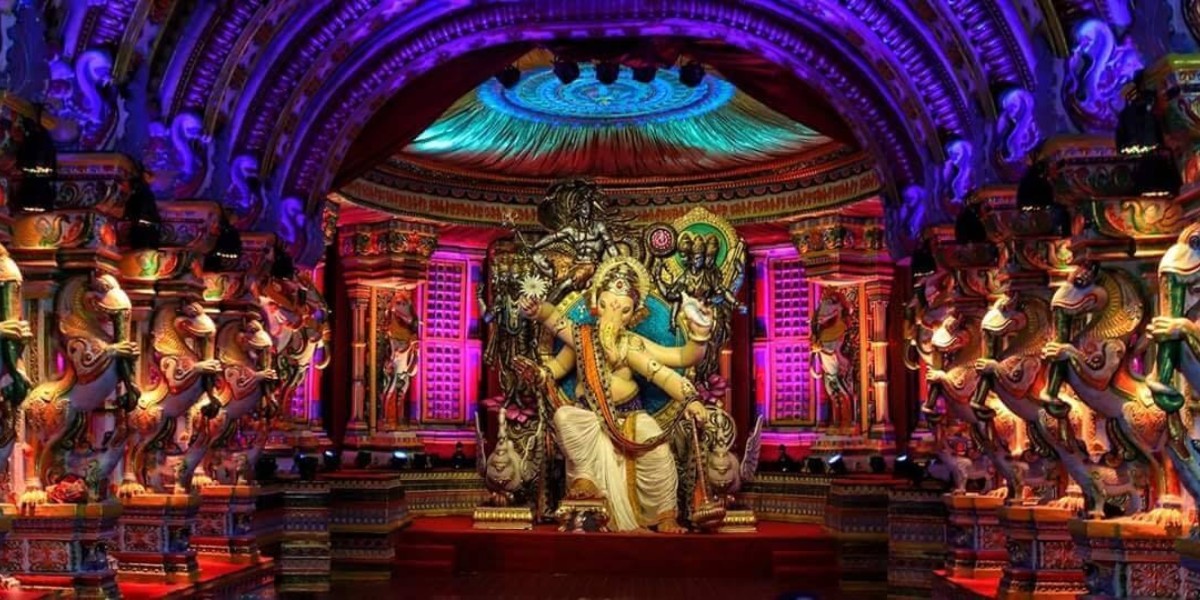 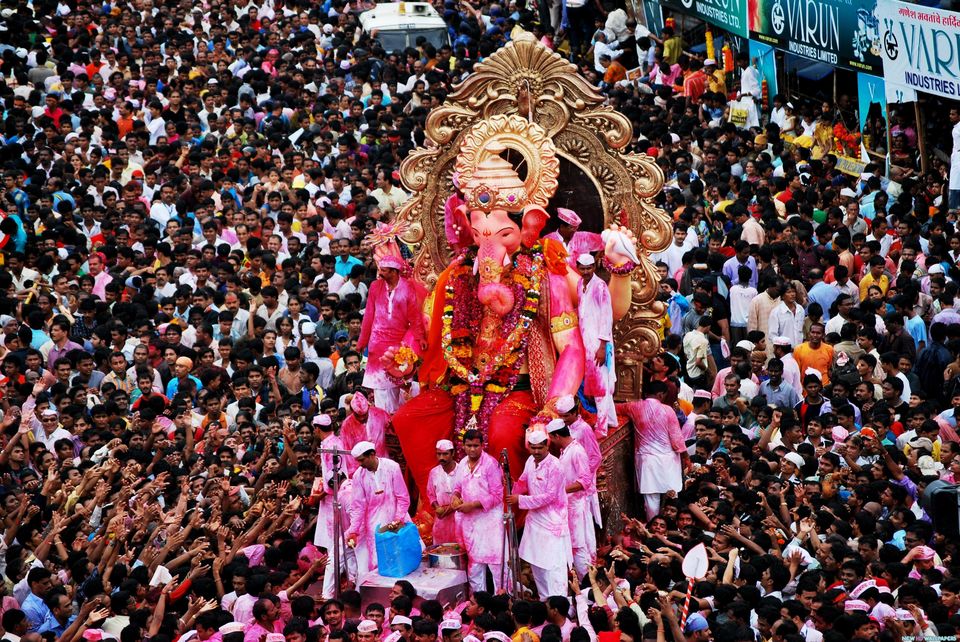 Message me, if you need any help to plan this tour.

*All the photos are taken from Google as photography is prohibited inside temples and copyrighted to Towards The Other World.

Let's connect on Instagram and explore the world together!!!

An Escape to East India

First Snow Trek of My Life